On our latest grading we had three students from Stacey Weatherer's Stone School. Both student's and camera persons performed well with Mr Alex Hall being promoted to 6th Kup Greenbelt (OLG-P). 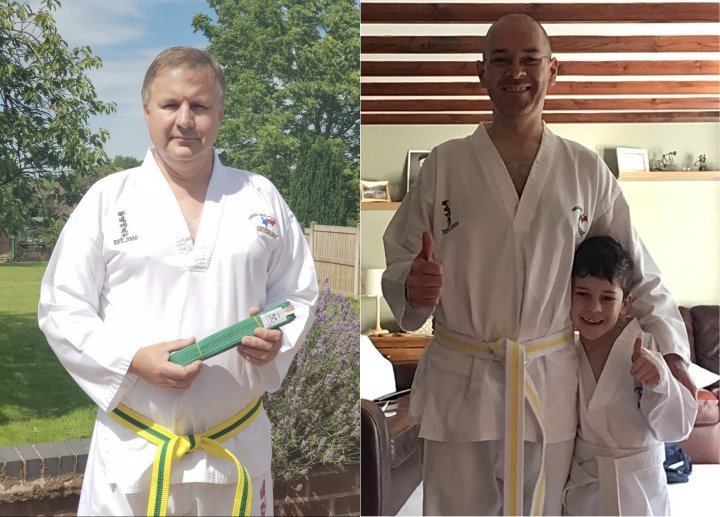 In the Wilson family Mr Mike Wilson was promoted to Yellowbelt and his son to Orange-Stripe, both passed with Merit (OLG-M).

Two more students from our South Normanton School have been successful with their online grading. Congratulations to Paula and Mark Hudson on their promotion to Green Belt.
Paula passing with an OLG-M (Merit) and Mark with an OLG-D (Distinction). 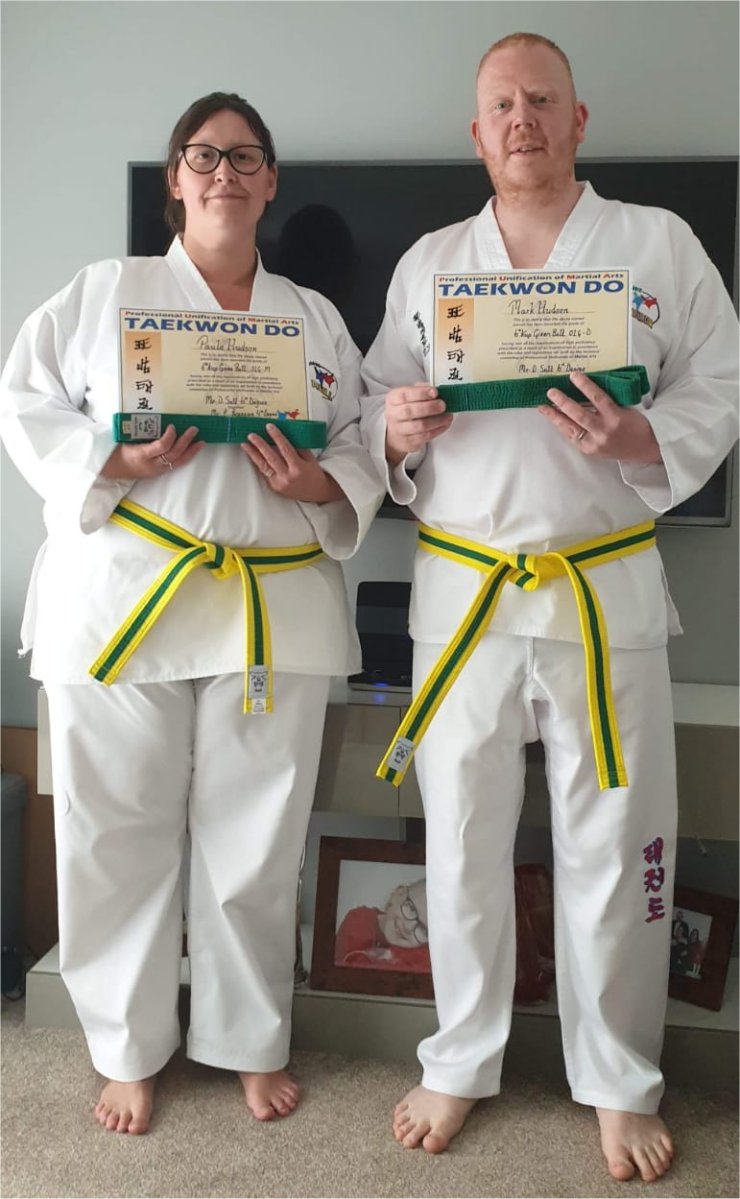 Paula and Mark Hudson on their promotion to Green Belt

The Reid family from our South Normanton School are the first students to grade online. Obviously we would have all preferred to have done it live but unfortunately Covid-19 has temporarily put a stop to that. Our adapted syllabus and system worked extremely well with all the family putting 100% into their performance. All were successful with Mr and Mrs Reid achieving OLG-M (On Line Grading-Merit) and their son OLG-P (On Line Grading-Pass). Mr and Mrs Reid also won at the P.U.M.A. Online Championships. 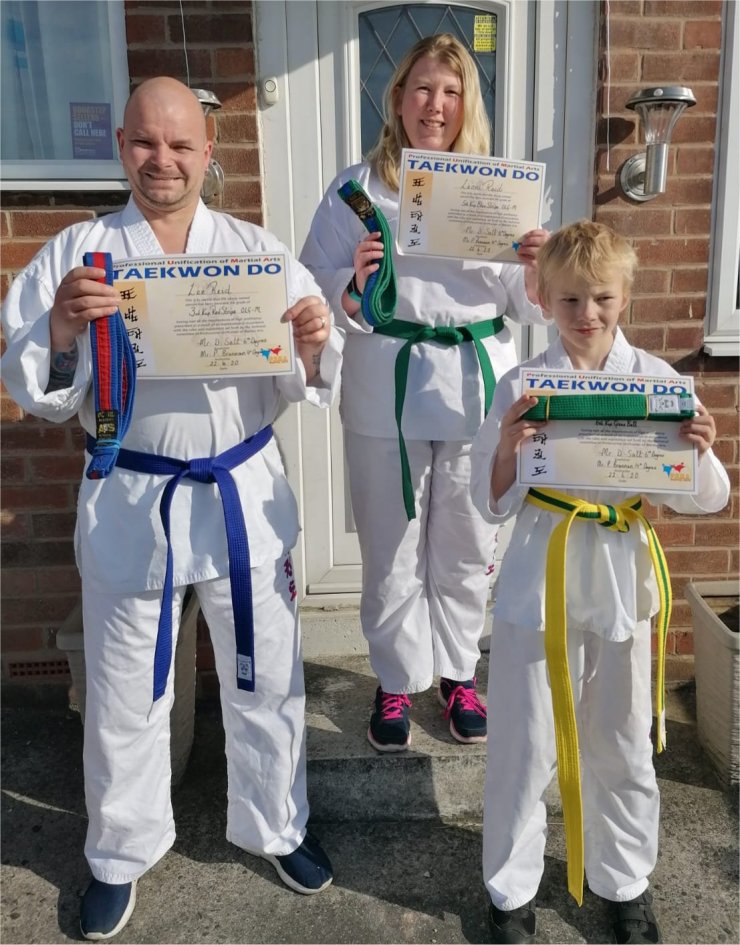 The Reid family from our South Normanton School

P.U.M.A. held their first Online Championships at the end of May. Although limited to what could be done online (no Sparring or Destruction) it still had an entry of well over 100.

New Century did well with winners from the following Schools: 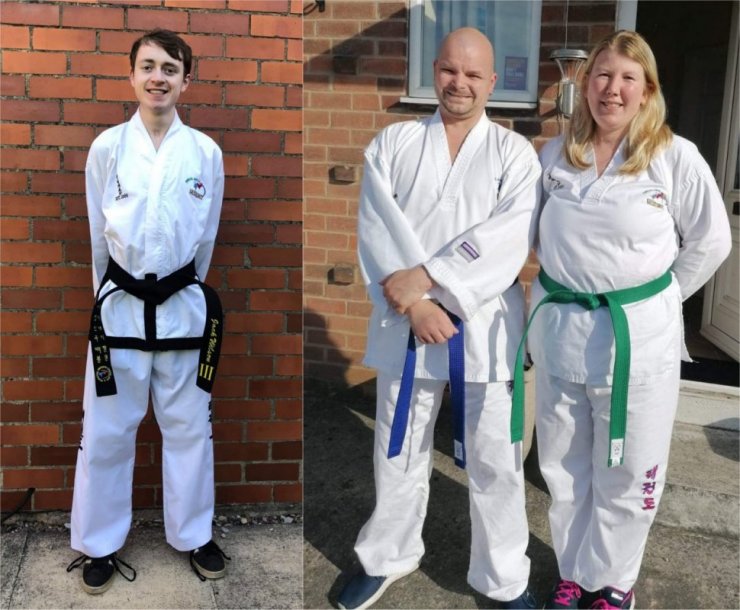 Congratulations to all of you.

New Century Tae Kwon Do students had a fantastic day at the PUMA Open International 2020! The tournament showcased some exceptional talent from many different organisations, and all our students should be immensely proud of their efforts regardless of whether they bought home a medal or not. Those who won medals thoroughly deserve ‘bragging rights’ as the standard of competition truly was of International standard.

What made the day/weekend extra special was the team spirit! All NCTKD members (and parents alike) cheered on each other and were genuinely pleased for each other when medals were won. We certainty have an awesome team ‘Up North’ which I have no doubt grow in strength and numbers!

We as Instructors couldn’t be more proud of our students! Well done and THANK YOU to all who supported the event. 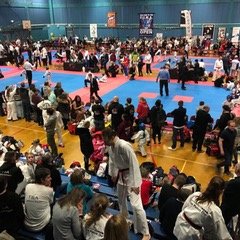 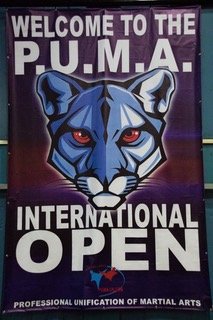 Don't mess with this cat 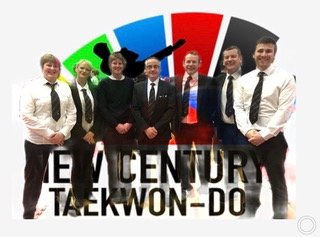 I can't remember doing that kick 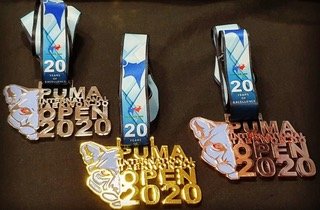 This is what you call Medals